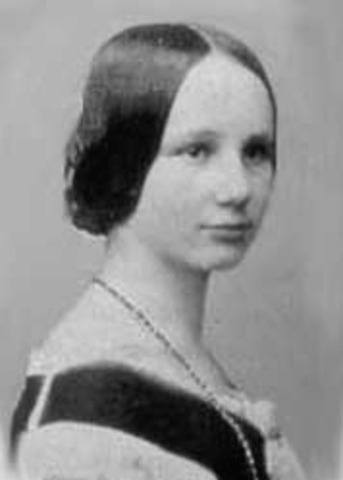 Her father – Lord Byron the poet – so infuriated Ada’s mother that she took baby Ada and brought her up with a focus on mathematics instead of poetry. It worked. Ada grew up with a keen mathematical mind. In 1843 she wrote the first computer program – long before computers, as we think of them, were invented.  The program calculated an important sequence in number theory called the Bernoulli numbers. The machine to run the program was not built during her lifetime, but it later was shown to work perfectly. The world’s first computer programmer did not live a long life. 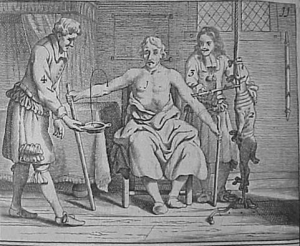 Like her father, Ada died at age 36 – both as a result of being bled (an old medical practice that successfully reduces fever.) 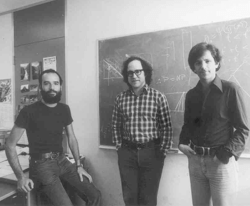 Publicly discovered and published Public Key Cryptography in 1977 a few years after it was discovered by mathematicians working with British Intelligence.

Cracking their cipher (which protects government secrets and banking transactions worldwide) is an excellent problem for a class to tackle when a quarter of them are capable of factoring numbers like 35 or 39. 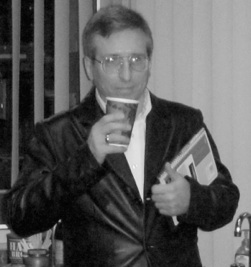 Ed is the amateur mathematician and computer whiz behind one of the greatest puzzle web sites: mathpuzzle. 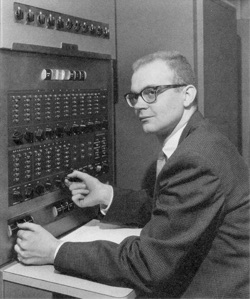 This is a photo of Donald Knuth, age 20, at his first IBM 650 computer in 1958.  After Richard Guy, Donald Knuth is the greatest inspiration for MathPickle through his tome “The Art of Computer Programming.”  One of the problems that he explored is “Langford pairing” which is suitable for a full school assembly.  It was tried in front of 600 children at Collingwood school in 2014 with great success 😉

Can we add other grades to this sandwich?