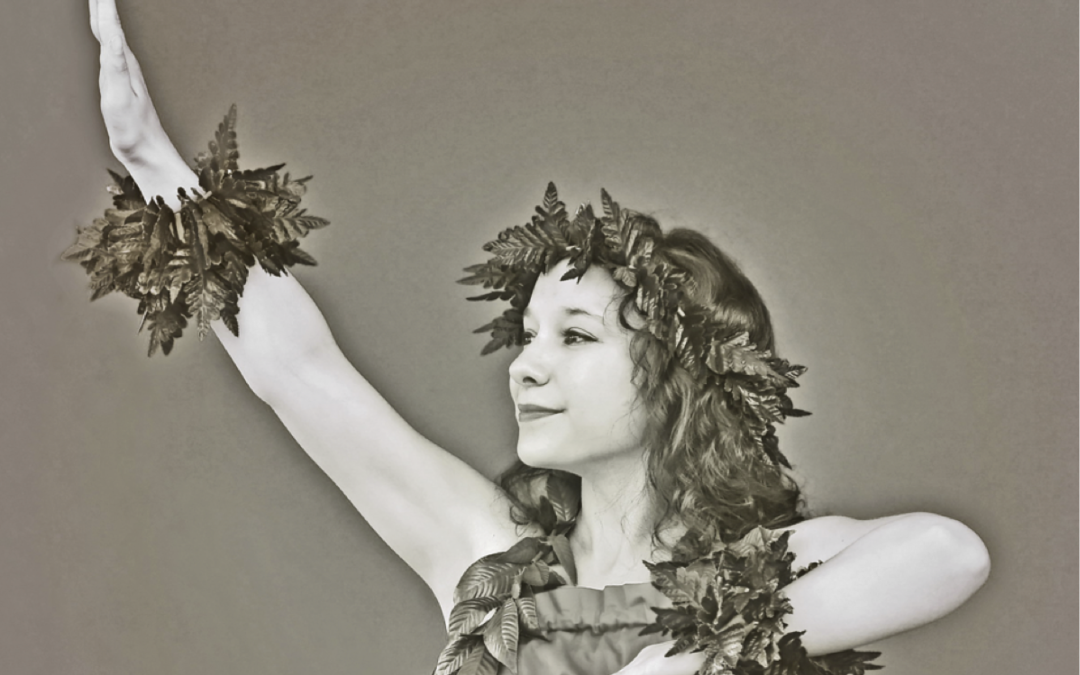 It is a privilege to interview the Muse of Mathematics!

Not to everybody… Some dismiss me as dull, repetitive, awkwardly obtuse and disconnected from reality, but properly introduced, I promise to entertain and enthrall.

How should I introduce you properly?

It depends on your audience.  I have discovered new juggling patterns, killed men in battle, inspired beautiful art, disguised secret messages in code, created new magic tricks… but I’m best known as a puzzle maker. That’s what’s really exciting about me – my puzzles. The ones I still own because nobody has solved them, and the beautiful little ones that I give away for free to anyone who will sit down and think.

Here your audience will mostly be K-12 teachers – so everything you mentioned about yourself will be of interest.  So, let’s start with you completing a thought: If English were taught like mathematics…

…in grade three there would be twenty-six units. The first unit would have the three lettered A-words: Ace, Act, Adz, Aft, Aha, Ahi, Ale, All, Amp, Ant, Arf, Ark, Arm, Art, Ash, Ask, Asp, Ass, Auk, Awe, and Axe. Students would learn to spell the words, and get marks for spelling them as fast as possible.

As the end of the year approached some teachers who had lost classes (because of too many holidays falling on a Monday) would lament over a cup of staff room coffee that they were only on the twenty-third unit with Wad, Wag, Wan, War, Was, Wax, Way, Web, Wed, Wee, Wet, Who, Why, Wig, Win, Wit, Woe, Wok, Won, and Wow – and had no idea how they would squeeze everything in.

A “New and Improved” curriculum including sentences would be proposed by some educators, but others would point out that if children didn’t have the building blocks of a good vocabulary, they couldn’t be expected to construct sentences. After much wrangling, some schools would append a new unit onto the curriculum: Unit 27 – Sentences. This would be presented to parents as giving students open-ended creativity: Who Are The Big Men? Did Amy Say, “The Big Men Are All Fat?” Run Amy, Run. The Big Man Hit Amy! Wow, Amy Got Hit! Not all educators would be impressed with these sentences – and they would repeat their demands to abolish Unit 27 altogether. A fight would ensue.

Meanwhile, in a school cafeteria, some English teachers would be enviously eavesdropping on a conversation among some math teachers. The math teachers would be talking about their grade six students tackling an old unsolved problem from 1742 – the Goldbach conjecture (every even number greater than 2 is the sum of two primes). The English teachers would wonder off into dream-land: “Would it be possible to teach an old verse – perhaps a Shakespearean sonnet?” No, they would reluctantly concur, “Goldbach is so much more accessible than Shakespeare…”